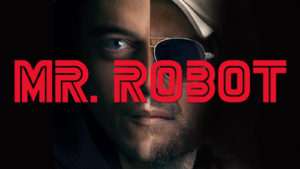 This is a tribute to an episode of mr robot where a seemingly German officer of E-Corp is speaking to Eliott. This is the beginning of the working day and obviously this senior employee is telling to Eliott that “beginning is easy, to last is art”, a German proverb.

I spent three years watching this TV show and obviously its quality is very high, especially regarding the way it is conceived and how it appeared to the screen. Episode 5 of season 3 is incredibly realistic in its violence. I remember very well being shocked by the violent assault of E-Corp’s offices.

Violence is and has always been a part of life. To be exhaustive there is first of all – words and speech-  then law, and at the end violence and strenght.

Law is a tool to master violence within societies and human interactions. Law is not really a mean to protect the weak neither it is for the powerful ones, first of all it’s sometimes made by powerful and wealthy nations. On a second hand it’s always an element in front of strenght. And violence can of course bypass law.

Think about the UN. The UN and more broadly international public law, humanitarian law are jokes. The real thing that matters is money and its correlate : strenght. Wars can be declared out of the blue when you’re the USA, it doesn’t matter if international law is against it.

A lot of scenes from Mr robot are to my opinion pieces of arts. I am not surprized the TV show was conceived by an immigrant, a son of immigrants born in the US to be precise. An American with Egyptian descent. I tend to think that immigrants (when combined with good education basis) are more smart than natives most of the time. Many businesses are created by immigrants. And well, the most powerful state in the world is a country of immigrants.

Mr robot is dealing about the computer hacking of the largest consumer-debt industry company.  It involves a lot of nice screenshots about diverse shell manipulations and recently provided me the incentive to dive deep into coding and the TCP-IP mechanics, along with unix-based shell. Shell is really exciting because we are fond of GUI (Graphic User Interface) like Windows but the real stuff is hidden behind that. I had the chance to get a computer in 1993, so early enough to cope with DOS. And I remember very well this ancient time where you needed to type everything to get anything done by your computer.

Mr robot is also dealing with the mystery of money which is now totally virtual : the operating system of our world. And Elliot and a group of hacker known as “fuck society” is willing to take down this virtual reality. Such a great utopia can’t be treated without a great show.

Mr robot is an American TV-Show with sometimes a few words of French, Swedish. A few songs are really nice and well used to fit the dynamic of the show. I was surprised to find out that Eric Satie, A French piano composer has been used in the show as well as a great adaptation of “ne me quitte pas” from Jacques Brel.

But Mr robot is for sure a post-modern TV show that aims to destroy any religion. I can’t help but think about this Norvegian woman I met in Paris who told me that the élite was satanist and was trying to destroy religions as a whole to promote a new religion of the ego. This is possibly partially true. And it worries me a little. That’s though true that Islam is also present in Mr robot in a great way to remind us of the existence of a possible god (it certainly has something to do with the Egyptian descent of the show creator). Yes, there are muslims in the USA. Satanism or the cult of the ego is also correlated to scientism and positivism and I do think we should be careful about that. Religion is an act of modesty, we’re not god ourself and need to rely on something superior to us. When you hear the French MD Laurent Alexandre talking about AI, immortality, and the need to create babies outside of mainstream sexual conception, it’s really scary. Widespread DNA mapping is also scary in an age of big data. I remind you that 5% of the USA population already had their DNA mapped. And they’re extensively trying to map the DNA of EU citizens through low-cost or even free schemes.

You can’t save someone who is really experiencing multiple problems through satanism and the ego cult.