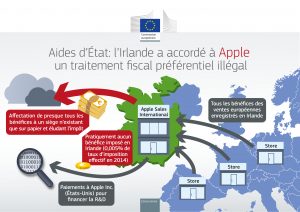 The bizarre world of negative rates

August has been notable for yet another set of bizarre market signals. Last week the Bank of England cut rates from 0.5 per cent to a record low of 0.25 per cent and pledged to introduce a £70bn quantitative easing programme.

In the wake of that, yields on sovereign debt in the UK, Ireland and Spain have tumbled to record lows: the rate on benchmark 10-year gilts is now a mere 0.56 per cent while short-term notes have turned negative.

More startling still, the total global volume of sovereign and corporate bonds with negative nominal yields last week rose above $12.6tn, according to data assembled for the Financial Times by Tradeweb, the financial services group. That represents almost half of all western debt. By historical standards this is extraordinary — not least because investors continue to gobble up those notes, even though they will lose money on redemption.

If you want a further sign of how distorted the system is, take a look at another indicator that does not usually attract much attention because it is much harder to track: the attitude to cash of investors and treasurers.

In recent years it has often been assumed that one reason central banks cut rates is to force investors and companies to move funds from low-yielding assets, such as bonds or cash, into more productive investments that could produce better returns and growth.

But that economic theory is not playing out. A couple of weeks ago, for example, the US Association for Financial Professionals published a survey of corporate treasurers. This suggests that, far from becoming cash-averse, they are planning to increase rather than decrease their holdings of cash this summer. Indeed, they are more enthusiastic about cash than at any point since 2011.

A separate survey of investors from Bank of America Merrill Lynch echoes this point. In July the world’s biggest asset managers said they had 5.8 per cent of their assets in cash. The level has been rising this year and now stands at its highest point since November 2001, in the wake of the 9/11 terrorist attack on the World Trade Center. Remarkably, it even tops cash holdings during the post-Lehman panic in 2008.

What explains this state of affairs? One factor is that asset managers and investors are downbeat about the economy and pessimistic about the ability of central bankers — or anyone else — to raise inflation. The Association for Financial Professionals, for example, says US corporate treasurers fret about a “tepid domestic economy and continued sluggishness” of global growth. The Merrill Lynch survey shows that growth expectations are sinking.

But economic gloom cannot explain the entire tale. Neither the asset managers nor the treasurers are forecasting a full-blown recession, let alone the type of 1930s-style depression that bond prices might imply. On the contrary, in July “only” 17 per cent of asset managers predicted a recession at all.

So a more likely explanation is that the pattern reflects a more widespread, and profound, sense of uncertainty. AFP points to the fact that treasurers are worried about Brexit and political upheaval. The Merrill Lynch survey indicates that asset managers are very fearful about “geopolitical risk” and protectionism.

Ominously, investors are disoriented by the actions of central banks. One of the most fascinating details of the Merrill Lynch survey, for example, is that there has recently been a jump in the proportion of participants who expect that “at least one central bank” will introduce “helicopter money”— meaning it will hand out cash in a desperate bid to boost prices — in the next year. Indeed 39 per cent of respondents expect this. To put it another way, asset managers fear the policy landscape is about to become even weirder. That is yet another reason for fear.

It is possible to see a silver lining in this pattern. After all, as one leading American hedge fund told clients this week, the more investors stash their funds in ultra-low yielding assets, the more this creates a potential pile of unspent monetary “fuel” that could one day spark a recovery if that all-important ingredient of confidence returns.

Right now it is anybody’s guess what might light that flame of confidence and prompt investors to move their funds from low-yielding assets into something more productive. The one thing that is, sadly, clear is that the spark is unlikely to come from further central bank rate cuts alone. At least, not in a world that already has almost $13tn of negative-yielding bonds — and where the actions of central banks look less reassuring by the day.