EN – I recently posted several times about the ECB reflexion and temptation to use in the future what we call “helicopter money”, an expression of Milton Friedman. I just noticed a third article about this idea in the well-know weekly French newspaper “La Tribune” today. It’s an interesting article about QE for people or helicopter money included in the most recent issue of La Tribune. 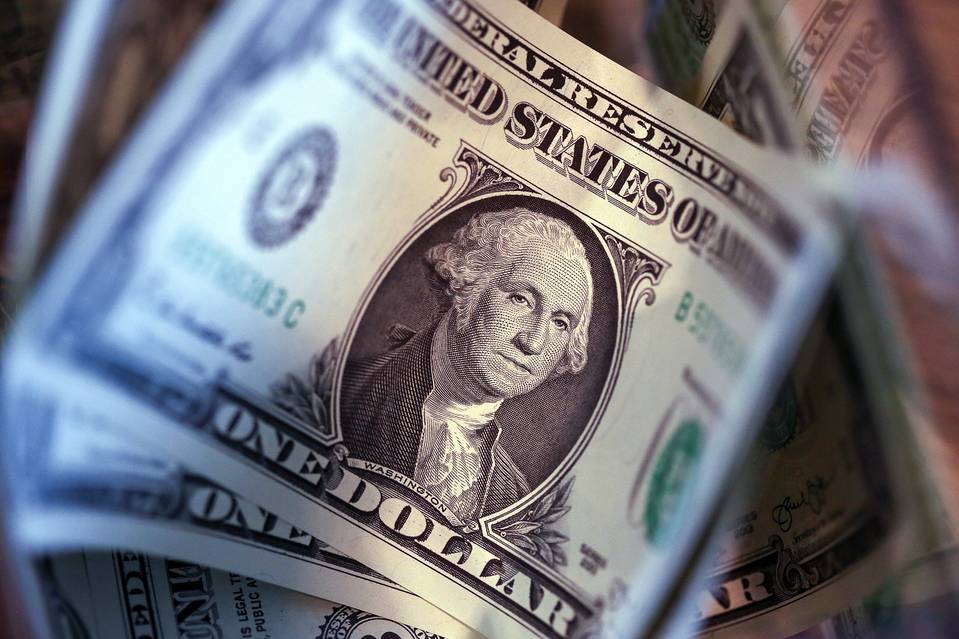 ENLARGE
Just because monetizing the debt can cause hyperinflation doesn’t mean it must, Greg Ip says. PHOTO: CHRIS RATCLIFFE/BLOOMBERG

With fiscal and monetary policy reaching their limits, the search for new solutions to the world’s low-growth, low inflation rut has turned to “helicopter money.”

The policy gets its name from an essay by Milton Friedman in 1969 that imagined newly printed money dropped from helicopters. While it evokes images of Weimar Germany and hyperinflation, it’s actually not that exotic or, for the U.S., unprecedented. It’s a logical option for any country struggling with deflation and slow growth, as Japan has and perhaps other countries some day may.

Peter Praet, the European Central Bank’s chief economist, recently noted, “All central banks can do it. The question is, if and when is it opportune.” Richard Clarida, aColumbia University economist, predicts: “We will see a variant of helicopter money (perhaps thinly disguised) in the next 10 years if not the next five.” 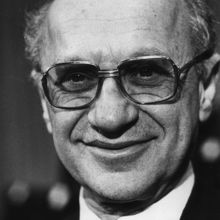 Mr. Friedman used the helicopter as a metaphor to argue that the government could always create inflation by printing enough money. As people spent the money, nominal gross domestic product would rise—either through the production of more goods and services, higher prices or both.

Haven’t central banks been doing that, through quantitative easing, known as QE? No. Helicopter money—which, in its more practical forms, is called monetary finance, or monetizing the debt—is used to purchase goods and services. With QE, the newly created money is used to buy government bonds. This pushes down bond yields, which should make consumers borrow and spend more—as interest rate cuts do in normal times. But that may not work, if people are so risk-averse they are willing to hold Treasury bills or cash with no return whatsoever rather than spend.

Helicopter money is also different from traditional fiscal stimulus. Then, the government sells bonds to the public and uses the proceeds to directly stimulate demand, for example by building highways, hiring teachers or cutting taxes. But eventually more government borrowing will push up interest rates, hurting private investment and raising solvency worries. Households, expecting their taxes to rise, may spend less (a phenomenon dubbed Ricardian equivalence).

Helicopter money merges QE and fiscal policy while, in theory, getting around limitations on both. The government issues bonds to the central bank, which pays for them with newly created money. The government uses that money to invest, hire, send people checks or cut taxes, virtually guaranteeing that total spending will go up. Because the Fed, not the public, is buying the bonds, private investment isn’t crowded out.

Unlike with QE, the Fed promises never to sell the bonds or withdraw from circulation the money it created. It returns the interest earned on the bonds to the government. That means households won’t expect their taxes to go up to repay the bonds. It also means they should expect prices eventually to rise. As spending and prices rise, nominal GDP goes up, so the debt-to-GDP ratio can remain stable.

If this sounds too good to be true, it’s because usually it is. Throughout history, governments that couldn’t or wouldn’t collect enough taxes to finance their spending resorted to the printing press, from the U.S. Confederacy in the 1860s to Zimbabwe in the 1990s. It’s why so many central banks, including the ECB, are prohibited from financing government deficits.

But just because monetizing the debt can cause hyperinflation doesn’t mean it must. In ordinary times, the Fed is continuously monetizing debt to create enough currency to lubricate the wheels of commerce. Between 1997 and 2007, before QE began, its holdings of government debt rose by $355 billion, and currency in circulation rose by a similar amount. In effect, the government borrowed and spent $355 billion and never has to repay it.

In that instance, the Fed only created as much currency as the public wanted. What if it created more, to finance government spending? Even that isn’t necessarily catastrophic. In his book “Between Debt and the Devil,” which advocates helicopter money, the British economist Adair Turner cites Pennsylvania in the early 1700s, the U.S. Union government in the 1860s and Japan in the early 1930s as examples of governments that used monetary finance without triggering hyperinflation.

An even better example is World War II. The federal government had to borrow heavily to finance the war effort and the Fed helped by buying bonds to keep their yields from rising above 2.5%. Between 1940 and 1945, the Fed’s holdings of debt rose from $2.5 billion to $22 billion, an increase roughly equal to 9% of annual GDP. Though this only financed a fraction of the war, it was still debt monetization: most of those purchases proved to be permanent.

The war effort massively boosted nominal GDP. Initially, only part of that showed up as higher prices, thanks to wage and price controls. Most of it came through a stunning rise in real output, made possible by the economy’s depressed prewar state, a flood of women into the labor force and business innovation to meet the demands of war and the civilian economy. As wage and price controls ended, prices shot up 34% between 1945 and 1948. But then, inflation reverted to low single digits.

Today, governments are trying to get inflation higher, not lower. But QE and deficit spending to date have yet to accomplish that. Would helicopter money? Mr. Clarida, who is also an adviser to bond manager Pacific Investment Management Co., says to have the desired effect central banks and governments must coordinate at the outset. Rather than commit, as the Fed has done, to eventually get rid of its bonds, it must promise to hold them forever. “If markets expect the new debt to be sold into the market in the future, that would depress consumption as households and firms expect a future tax increase.” Moreover, he notes, the Fed must not pay interest on the reserves it creates when it buys the debt, as that would negate the fiscal benefits.

The main concern with monetary finance is that inflation is an arbitrary tax on holders of cash and bonds. If politicians get used to the printing press, they could let inflation rip, destroying the wealth of many households.

Mr. Turner says, “There is no technical reason money finance should produce excessive inflation.” The government could require banks to hold more of the newly created cash as reserves at the Fed. By limiting how much banks can lend, the government would limit how fast nominal GDP would rise.

Another obstacle is the institutional separation between monetary and fiscal policy. That separation exists for a good reason: Central banks were granted independence so that they would not become the printing press for feckless politicians. The Fed was uncomfortable doing the Treasury’s bidding during World War II and dates its de facto independence to the end of the arrangement in 1951. In 2013, Treasury was advised to sell the Fed a platinum coin to get around the statutory debt ceiling. Treasury dismissed the idea as a dangerous violation of Fed independence.

Tampering with this long-standing separation should not be done lightly. For the U.S., which is at close to full employment and in no imminent danger of deflation, the tradeoff hardly seems worthwhile. But there may be times, and countries, when it is. Monetary finance isn’t riskless, Mr. Turner says, but the alternatives may be worse: stagnation and deflation, or perpetually low interest rates that fuel dangerous bubbles: “The money finance option should not be excluded as taboo.”